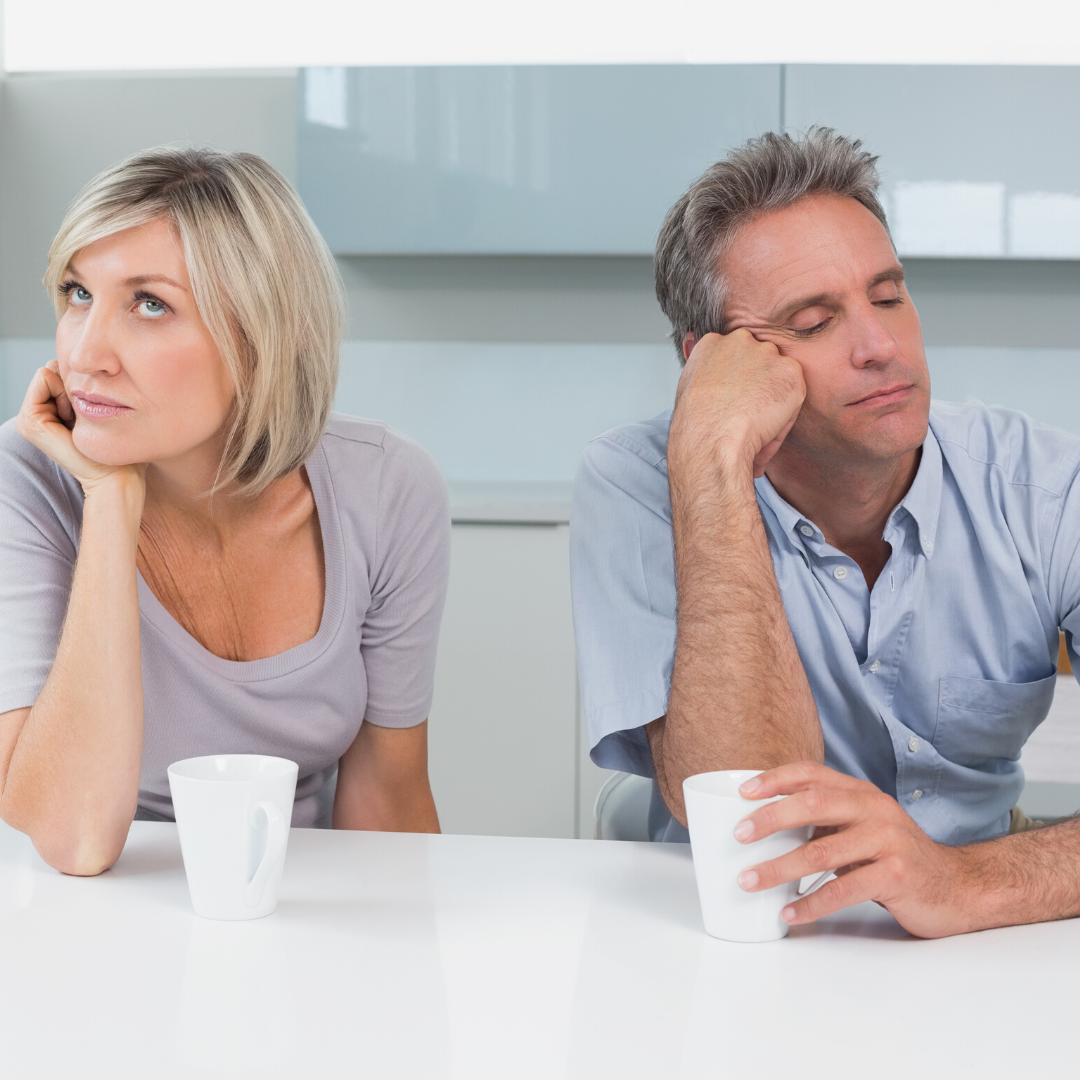 In Sexless Marriage By Sylvia

Are you in a sexless marriage? It’s more common that you’d think.

Sarah and Greg Brooks are a regular, middle-class couple. They’ve been together since their late twenties, take beachside family holidays with their two boys and are quite happy together. However, behind closed doors, life looks a little different. Sarah and Greg are in a sexless marriage. As Sarah and Greg were raising a family, paying bills and navigating life’s never-ending laundry list of things to do, sex got left off the list. And now, after so many years without it, it’s become a taboo topic.

So what is a sexless marriage/relationship?

A sexless relationship might have a lot of love, but not a lot of lovemaking. You might be having sex six or less time per year, more out of a sense of duty than excitement and passion. And it’s more common than you’d think. Around 15-20 percent of couples are in sexless relationships. In the 2019 ‘Australia Talks’ study conducted by the ABC, 45% of Australians said they wished they had a better sex life.

It’s normal for couples who’ve been together a long time to lose the intense passion and fire of the early days. While maintaining this early passion isn’t realistic, letting our sex life dwindle completely isn’t either. A satisfying sex life is worth fighting for – it’s linked to greater productivity, health (both physical and emotional) and higher levels of happiness.

You could be in a sexless marriage, or heading in that direction, if:

You might be surprised to know it’s actually at this point in a marriage when we’re in the rut, where we really get to know each other and the real exploration can begin. As people, we change and grow – so why shouldn’t our sex lives evolve too?

The good news is, you can breathe new life into a sexless relationship

As an experienced sex coach, I help couples to embrace changing sexual desires and see the opportunity in the room. It’s possible to reinvigorate a sexless marriage and create an entirely new sex life, bringing a new level of enjoyment to your relationship.

You can turn your sexless relationship around and start to feel:

So where do you start? It’s different for everyone, but some options include:

Through sex coaching, couples work on fostering more connection, sensuality and communication. We look at changing the kind of sex you’re having, focusing on the importance of play, self-love and self-expression. Couples working with a sex coach can walk away with a sexually mature relationship – one that can be just as satisfying, if not more so, than those heady, honeymoon days.

It might seem awkward to face into this issue at first, but your marriage and happiness will improve tenfold. Best of all, ‘doing the work’ is fun and pleasurable. Remember fun and pleasure? It’s time to invite them back into your life.

``I first saw Sylvia out of desperation. My relationship with my wife was in bad shape and we were no longer having sex. I was not sure what I wanted to do about it but I felt like I had to try something. Within the first few minutes of our meeting, I could sense that Sylvia had an amazing gift of empathy, compassion, and understanding. She could see my problems, even though I couldn't quite make out the shape of my problems my self. As our appointment unfolded, I saw that she had the experience, insight and skills to give me useful practical tools and a sense of hope that all was not lost. Sylvia challenged me to think about core issues in my own sexuality and what I wanted from my sexual relationship with my wife. By helping me to confront these issues and think through them, I have been able to better understand myself and my needs; my wife and her needs; and our relationship together. As a direct result of Sylvia's help, my marriage is now on a positive pathway and my wife and I are exploring and expanding our life together, including our sex life. Sylvia was absolutely key to helping us make that switch for the better.``

EMAIL SYLVIA TO BOOK YOUR CALL